We who belong to Jesus desire to live, look and love like Him in this world for His glory.  We love the bible and want to live under its authority.
In these difficult days, here are some resources to help us as Gospel People grow together concerning the issue of race, love and the church.
Jesus is the answer!

STATEMENT AND PRAYER FROM KENNY QUALLS

RESPONSE FROM THE SOUTHERN BAPTIST CONVENTION

Statement on the death of George Floyd

As a convention of churches committed to the equality and dignity of all people, Southern Baptists grieve the death of George Floyd, who was killed May 25, 2020, in Minneapolis, Minn.

While all must grieve, we understand that in the hearts of our fellow citizens of color, incidents like these connect to a long history of unequal justice in our country, going back to the grievous Jim Crow and slavery eras. The images and information we have available to us in this case are horrific and remind us that there is much more work to be done to ensure that there is not even a hint of racial inequity in the distribution of justice in our country. We grieve to see examples of the misuse of force, and call for these issues to be addressed with speed and justice.

While we thank God for our law enforcement officers that bravely risk their lives for the sake of others and uphold justice with dignity and integrity, we also lament when some law enforcement officers misuse their authority and bring unnecessary harm on the people they are called to protect. We further grieve with our minority brothers and sisters in the wake of George Floyd’s death, pray for his family and friends and greatly desire to see the misuse of force and any inequitable distributions of justice come to an end.

Throughout the Old and New Testaments, the Bible speaks to matters of justice and human dignity. We are taught by Scripture that human beings are distinct among the rest of creation as those beings which bear the divine image. From the beginning of life to the end, all human beings, both male and female--of all ethnicities, colors and ages--are sacred beings that God values and loves.

Throughout the law, the prophets, the gospels and the entire canon of Scripture, murder is condemned and God’s people are called to protect the vulnerable. The Bible further condemns injustice and the misuse of authority and force. And in the example of Jesus Christ, God’s people are called to love others, care for their needs, grieve with them in brokenness and labor for the well-being of our neighbor. To follow Christ is to follow in these examples He puts before us.

Therefore, as a matter of Christian obedience and devotion, followers of Jesus Christ cannot remain silent when our brothers and sisters, friends and/or people we seek to win for Christ are mistreated, abused or killed unnecessarily.

Therefore, we pray for our local, state, and national leaders as they seek justice, and call on them to act quickly and diligently to ensure that these situations are brought to an end. As a people, Southern Baptists stand ready to help towards that end. May God give us His favor, help and strength in this effort.

STATEMENT AND PRAYER FROM DAVID PLATT 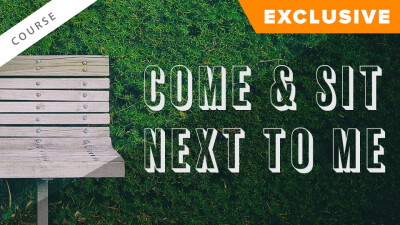 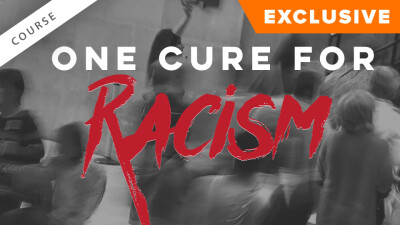 RESOURCES FROM THE NORTH AMERICAN MISSION BOARD

GOSPEL ABOUT ALL FROM J.D. GREEAR

DURHAM, N.C. (BP) -- Promoting diversity, unity, missions and sex abuse prevention are goals the Southern Baptist Convention must continue to pursue in order to put the "Gospel Above All," SBC President J.D. Greear said in his 2020 presidential address Tuesday (June 9).

Speaking from his office at The Summit Church in Durham, N.C., in a virtual format after the 2020 SBC Annual Meeting was canceled because of the COVID-19 pandemic, Greear promoted those goals as central to removing stumbling blocks that would make it difficult for unbelievers to come to Christ.

He referred to Acts 15, when the Jerusalem Council debated whether and which Jewish customs should be incorporated into the life of the church. Greear said he'd like to see James' solution -- "We should not make it difficult for the Gentiles who are turning to God" -- plastered "on every Southern Baptist church in the world."

"When it comes to all the issues that are in front of us, that's really what's driving us," Greear said. "We don't want to make it hard for unbelievers to find their way to God. We want to remove all distractions, all obstacles. Defending our reputations, advancing our politics, winning various arguments are not what most occupies us.

"Our agendas, our priorities and our emphases are all determined by our commission to preach the Gospel. Everything is seconded to that.

"One of our African American pastors in the Summit Church tells me, he said when white Christians don't respond in the right ways, or at least with the charity and the empathy in a moment like this, he says, 'it makes it difficult for me to tell my black friends about this Gospel that we preach and that we cherish,'" Greear said. "And so for their sake, because we don't want to make it difficult for them to encounter the grace of God, it means that we remove obstacles and we enter into their pain, and we know that there's a time when we argue less, we make points less, and we listen more."


Diversity
Greear said diversity is especially needed during the current national unrest. While the SBC is one of the most diverse religious groups in the nation, he lamented that SBC leadership does not reflect that diversity. He pledged to work with other SBC officers for diversity during his presidential tenure -- which will continue for a third year because of the cancellation of the annual meeting.

"Let me echo my friend Jimmy Scroggins, a pastor down in Florida, in saying that 'black lives matter' is an important thing to say right now because we are seeing in our country the evidence of specific injustices that many of our black brothers, and sisters and friends have been telling us about for years," Greear said. "And by the way, let's not respond by saying 'oh, well all lives matter.' Of course all lives matter. ... That's true. But you're missing the point."

Greear did not promote the Black Lives Matter movement, which he said has been "hijacked by some political operatives whose worldview and policy prescriptions would be deeply at odds with my own," but he embraced and promoted the sentiment behind the movement.

"We know that honoring Christ in this moment, that means listening to those who hurt, it means lamenting with them, and bearing their burdens. Pursuing justice means laboring for the protection of others as fiercely as we would our own children," Greear said. "A racially reconciled church requires more than just sentiment and hashtags and Twitter posts. It requires the humility to listen to one another, the empathy to see things from another's perspective, the charity to give their motives the same benefit of the doubt that we would want them to give to us."

Greear said the call in recent days by some protestors -- and some elected officials -- to defund police departments is not constructive. But he said police systems and structures need to be reviewed and studied for improvements.


Baptisms
Greear addressed the continued 50-year decline of baptisms within the SBC, as evidenced by the recently released 2020 Annual Church Profile. He pledged to work with other SBC national and state leaders to change the trajectory.

"I do think we realize that there is cause for concern that fewer and fewer people are demonstrating public response to our message," Greear said. "How can any true fisherman be OK with catching less and less fish?"He encouraged the SBC to reexamine the way data is collected through the ACP reporting structure and processes, and encouraged churches to submit annual data.

Calls for a spiritual awakening must not become excuses for inaction, Greear said in promoting personal evangelism and the 'Who's Your One?' SBC evangelistic emphasis.
"'Who's your one' is not just a slogan. It's something that needs to be the very heartbeat of every Christian, every pastor and every church," Greear said. "So I call on Southern Baptists to lament this trend with me and to ask God in prayer what He would have each us do about it. I pledge myself to lead in that -- first myself and with our church."

Unity
Greear encouraged Southern Baptists not to sacrifice unity in the midst of political division.

Greear used Romans 14 -- which focused on division created by the issue of meat offered to idols -- to highlight differing views Southern Baptists have regarding President Donald Trump.

"We can agree, and we should agree, and we must agree and proclaim the sanctity of life, the importance of religious liberty and the erosion of things, like identity politics," Greear said. "And we can also agree, by the way, to repudiate our president's lamentable statements, the tone that he sets, and lament his lack of leadership in what we feel are important areas. But what that compels us to do at the ballot box is not a first order issue, and our unity in the body should not be dependent on uniformity in that choice.

"It's not that politics don't matter. It's not that there's no wise choice. They do, and there are wiser choices. But it's that the Gospel message, like Paul said in Romans 14, and the unity of the church, is more important than ... division on some of these other things."
He encouraged Southern Baptists to unite under the Baptist Faith and Message 2000 and to avoid needless division over non-essentials.

He committed to putting more resources into missions through the Summit Church, and invited other pastors to do the same in congregations they lead.

"We've got to change what we celebrate and talk we about," Greear said. "Instead of talking about how many you had on Sunday, what we ought to be celebrating is sending, and how many we're sending."


Abuse prevention
While the SBC has adopted important resolutions, procedures and policies addressing sexual abuse, Greear pledged to continue working to make churches safe from abuse.
He pledged to work alongside LifeWay Christian Resources to add questions to the ACP reporting system about each church's sexual abuse prevention policy. He said he will work with the SBC Executive Committee to help make sure that every trustee has a comprehensive background check and will challenge churches to make training in sex abuse prevention part of the ordination process.

"We pray that our culture continues to change, and we know it starts with the leaders," Greear said. "We've got to stay vigilant in this area and I pledge to also in my last year of the presidency." 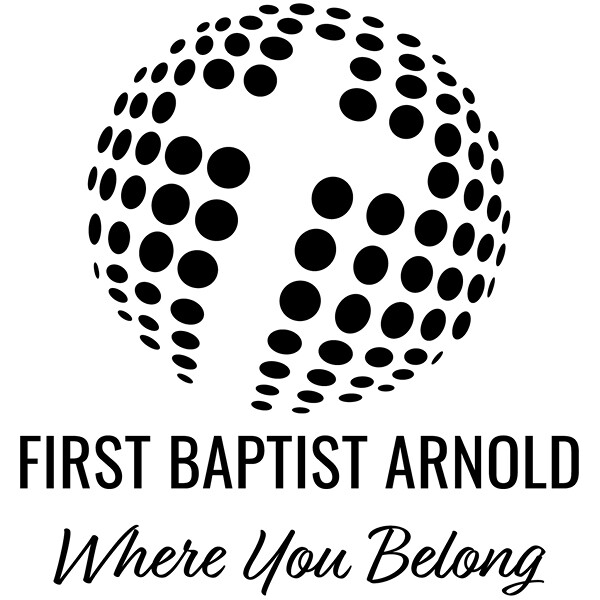